In celebration of the Weinberg Frederick Speaker Series 10th year anniversary, Blackfrederick has collaborated with the theater to help spread the word about a few special guests in its 2022-2023 season. The Speaker Series hosted by the Weinberg Center is known for bringing world-class speakers to the Frederick area. The goal is to engage our community through enlightening discourse and meaningful topics. As a result of the Series, Frederick’s reputation as an intellectual hub continues to grow, drawing audiences from D.C., Baltimore, and beyond.

Check out the speakers! 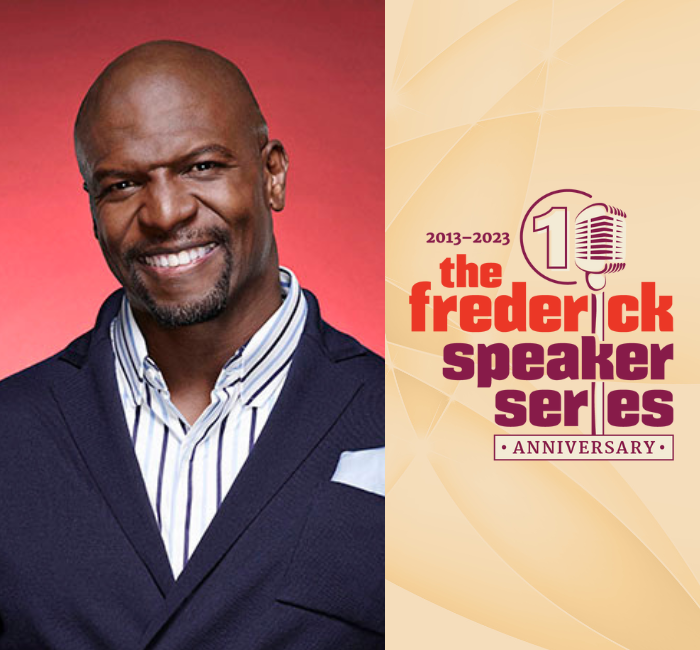 There are motivational speakers, and then there are “motivational do-ers.” Terry Crews is the latter. This bonafide powerhouse—actor, activist, best-selling author, former athlete, and beyond—has inspired countless individuals to “do something about it.”

Emmanuel Acho is the host and producer of the Emmy Award-winning Uncomfortable Conversations with a Black Man, a web series focused on driving an open, difficult, but ultimately productive conversation on race in America.

Get Gutsy with “FlyGirl” Vernice Armour, the first African-American female naval aviator in the Marine Corps, the Marine Corps first female combat aviator and author of Zero to Breakthrough, The 7-Step, Battle-Tested Method for Accomplishing Goals that Matter.