Intense and emotional debates about race, crime, and justice overflowed the comment sections on Facebook. The majority of the general public demanded a first degree murder charge and capital punishment based on video footage and details that struck viewers as horrifying, ruthless, and inhumane.

Media narratives hurriedly pushed reports of gang initiation and “the knockout game” without conferring with the local police department. Both claims were unfounded during the investigation. Based on our independent investigation, the below statement and summary of events are what we discovered.

A statement from the parent of a 13 year-old eyewitness:

“While they were in the line the boys asked the man for a dollar. He called them n*ggers and spit on them. There was an argument and they [Weed and his child] stepped out of the line to fight.”

Two African-American young men were asking other fair patrons for a dollar to purchase more fair tickets and ride more rides. Upon approaching John Weed and asking him for one dollar, Weed became aggressive, called the young men racial slurs, and spit on the young men. Weed and the young men proceeded to step out of line. The video showed Weed and one of the African-American young men, encircled by onlookers recording, preparing to engage in a physical altercation. The young man struck and spit on Weed, and Weed fell to the ground. Upon being transported for medical attention, Weed succumbed to his injuries.

The local State’s Attorney’s Office confirmed the altercation began over one dollar but could not confirm the exchange of racial slurs prior to.

Who Was John Weed?

When African-American deaths make headline news, it is a national knee-jerk response and media protocol to justify the killings and villainize the victims in order to pacify violence against Black bodies as twisted divine order. The lives of Black victims are blasted and scrutinized. Individual and family shortcomings are exposed; names are dishonored to ease the discomfort and remove accountability from the loss of human life.

These rules don’t apply to white victims. White casualties are allowed to be mourned. The best versions of the deceased are shone to the light for all to partake in his memory. Erratic, emotional processes are afforded to white victims’ and their families because their pain is priority. Understanding and empathy are gifted to the grieving because their life matters.

The rush to accept the gang initiation narrative without evidence is the default stereotype that fuels the general public to demonize the black offender and anglicize the white victim by default. Weed’s involvement or participation in his own death is discounted by those determined to see his innocence. John Weed did not deserve to die. But, he does need to share accountability in his story.

If John Weed were a minority…his criminal background would deem his death karmic and timely.

John Marvin Weed, Jr., a 59-year old male, had an extensive criminal record dating back to 1984. He was a violent, convicted felon with multiple burglary, drug, and fraud charges such as forging prescriptions and battery. Weed’s father, John Marvin Weed, Sr., also has a criminal history shared with his son throughout Montgomery County, Maryland. Racial tensions shattered virtual spaces when news broke from the Frederick County Sheriff’s Department. The announcement encouraged comments of horror and revenge. Many commenters, like Rouzee, wanted the boys hung, but expressed their sadness upon discovering the offenders were too young by law for such punishment. Others wanted the children tried as adults.

At the start of the investigation, Sheriff Jenkins announced the case would be investigated as a hate crime, suggesting the assault was targeted and premeditated. Counter-eyewitness statements report the two children were defending themselves against an adult who was the aggressor. These accounts were actively ignored during the criminal investigation. The Frederick County Sheriff’s Department antagonization of the current racial climate correlate with past reports of Sheriff Chuck Jenkins’ biases and questionable affiliations.

[READ: ‘The next Joe Arpaio’: the Maryland sheriff praised by Fox and Trump] An “All Lives Matter” rally was arranged for the day of the trial, Tuesday, October 22nd, on the courthouse steps in support of the deceased, John Weed, and in protest of the offenders. All Lives Matter is a counter-effort to the Black Lives Matter movement in order to diminish the significance of African-Americans being disproportionately murdered by law enforcement.

“More than 4400 African-American men, women, and children were hanged, burned alive, shot, drowned, and beaten to death by white mobs between 1877 and 1950.” – Equal Justice Initiative

Tiki torches, marches, and violence. Collective white outrage historically encourages violence and domestic terrorism when white nationalism is threatened. White Fredericktonians banded together with vengeful spirits. A primal mentality rang through the hundreds of comments — they took one of us.

The term repeatedly misquoted to describe the exchange between the two parties. The two Black boys were called “animals” and “thugs.” Even when mentioned, the idea of a physical reflex to being called a racial slur and spat on, a classified assault in the state of Maryland, was generally rejected. Discourse among African-American Frederick residents online was shared stories of similar, racially-traumatic experiences while living in Frederick; white commenters shunned and denied these experiences during debate. African-American Facebook users who voiced opposing views were banned from the platform altogether.

The psychological implications of White people using racial epithets towards people of color are to immediately reinforce white superiority and societal positioning through the degradation of the minority. It is said to remind the person of color of his inferiority and worthlessness. The historical significance and traumatic impact of being referred to as a n*gger by white men is a cultural trigger that evokes emotional responses from African-Americans. Responses to trauma will vary but on a global scale are considered trivial.

Community Conversation: What is the appropriate response to being called a racial slur?

The concept of forgiveness.

African-Americans are never granted retaliation in the face of trauma. We are not granted anger, or sadness, or grief, or pity. Not empathy or expression. We are allowed celebrations at funerals and forgiveness. These are the spaces in which we can peacefully exist without interrupting the lives of others.

Forgiveness is the expectation of the powerless; an innate sense African-Americans are supposed to apply in times of victimhood–a stipulation not applied to others.

Spanning from the early philosophy of Martin Luther King to recent events of former officer Amber Guyger killing Botham Jean, forgiveness has been the fabric of the Black civil rights movement.

If the minority were to adopt the thinking of the majority, then African-Americans gave hugs when they should have had their enemies hung.

Young black boys are persecuted for doing things a white child would be excused for. A white child asking for a dollar at the fair would be spun as innocent, playful, and in good fun. Black children are 18 more times likely to be tried as adults than are white children (Williams, 2018).

The trial was postponed on Tuesday, October 22nd, while additional manslaughter charges are being applied.

What are your thoughts on the Frederick Fair incident, the coverage, and city engagement? Do the children deserve the maximum punishment? Should they be given another chance?  What story do you believe? What is the appropriate response to being called a racial slur? 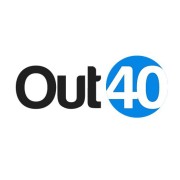 See which artists have been grinding this year and are expected to have ...

J-Fuze Chooses Cole Over Kendrick in ‘This or That’

This website uses cookies to improve your experience while you navigate through the website. Out of these, the cookies that are categorized as necessary are stored on your browser as they are essential for the working of basic functionalities of the website. We also use third-party cookies that help us analyze and understand how you use this website. These cookies will be stored in your browser only with your consent. You also have the option to opt-out of these cookies. But opting out of some of these cookies may affect your browsing experience.
Necessary Always Enabled

Any cookies that may not be particularly necessary for the website to function and is used specifically to collect user personal data via analytics, ads, other embedded contents are termed as non-necessary cookies. It is mandatory to procure user consent prior to running these cookies on your website.