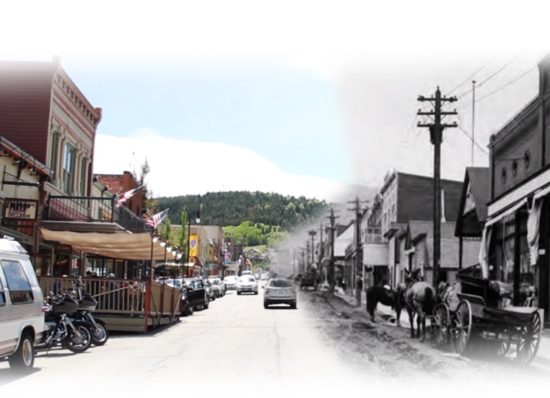 In a 2011 Frederick News-Post article, the disparities between the Golden Mile and Downtown Frederick were described as two cities.

In April, the Frederick News-Post published another article, City officials continue to ignore Frederick’s west side, bringing the differences of downtown and 40 to the forefront yet again.

Both articles covered the economic suppression, lack of local government regulation and interest, and the sweeping city-wide generalizations that have been happening on 40 for over a decade.

Although just spotlighted seven years ago, the imbalance of perception and attention received by 40 compared to Downtown Frederick has always been the talk of the town — well on our side, anyway.

40, the west side of Frederick, is seen as an embarrassment to the rest of the city.

The deserted Frederick Towne Mall, the unappealing aesthetic: litter, abandoned shopping carts, beer cans and bottles, and psychologically depressing imagery like liquor and corner stores that affect the children who grow up here are living conditions Downtown Frederick residents will never experience. Although statistically in the past, sweet ol’ Market Street has had more crime than the Golden Mile, we are the poster child for lawlessness in the city. We are perceived as crime infested, poor, with little or nothing to contribute to our beloved hometown, a town to which we belong just as much as those in the more affluent regions which surround us.

Many residents are aware of the divide, but here on the west side, we feel it.

Economic development has been stunted; businesses aren’t encouraged to expand here. Funds are disproportionately allocated; we don’t see the investment. The neglect from the county government has assisted in the west’s economic decline, not by choice, but because of inconvenience. The lack of interest has resulted in scarce and already picked over resources that stifle our contributions to our city.

But why have we been forgotten?

We aren’t the gem of the town, there isn’t much value invested here as opposed to Market Street and surrounding areas because 40 is not the tourist district of Frederick. It is where the city is most colorful, a community of diverse ethnicities and nationalities, of hardworking residents and families. It is the most raw and real side of town without much filler.

As a kid, I remember when 40 used to have the carnival in the Frederick Towne Mall parking lot. Social community events for the west side were stopped and removed so long ago, all the while Market Street and Carroll Creek are afforded the opportunities to enrich their community.

And even during the most celebrated events held downtown such as In The Streets, the percentage of Golden Mile business participants is disgracefully low.

Frederick High was the last school to receive the proper renovations after newer built schools were given priority. It was a school that was severely dilapidated. There were holes in stairways, some big enough you can fall in, and classrooms had no doors. Some students reminisced on being in Psychology class, but also receiving a Spanish lesson at the same time.

Waverley and Hillcrest Elementary have been overcrowded for years with portable classrooms decorating each school’s backyard.

Complaints have been made to local code enforcement about city park upkeep and street maintenance for years with minimal change. Our parks and sidewalks are littered with garbage as opposed to the polished green pasture of Baker Park.

More low income housing is being pushed farther and farther west, with new construction projects being completed in mere months — the quickest we’ve ever seen. We are the city’s recycle bin, with the unwanted items (people) the rest of the city throws away in fear of their spaces being invaded. With no other home they are placed here and added to our melting pot.

The only metric that meets and exceeds its quota is law enforcement. 40 is heavily policed and ensures concentrated police presence.

These are just a few experiences of the west side. To us, the irregularities between 40 and downtown are distinct but overlooked. Our concerns have fallen on deaf ears, and our voices have been filtered to those whose concern only goes pockets-deep. We wish to be represented by those with genuine interest and intentions. When government and community cannot find common ground opportunities are missed and the people suffer. This has been the 40 formula.

But when is enough, enough?

There have been recent press releases with promises of inclusion and revitalization but we’ve read these before. We can only hope for true change.

Long live the west side. We are Frederick, too.